Two Drifters Off To See The World.

There Is A Light That Never Goes Out. 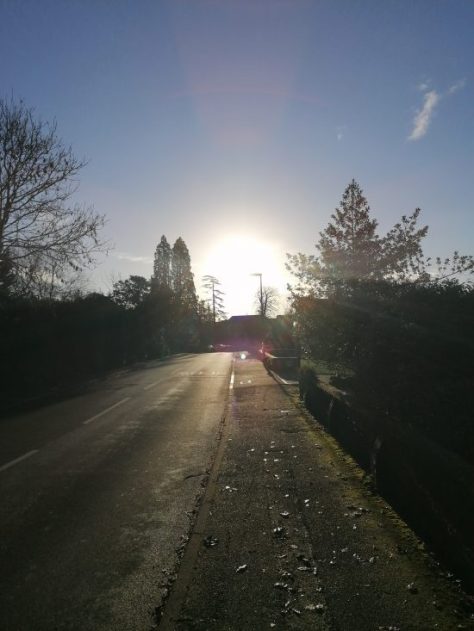 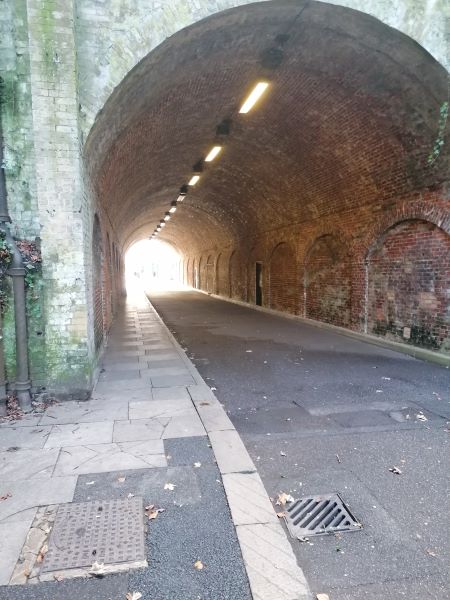 And Manifestation and De Manifestation. I had an interesting Christmas Day morning. I walked up to the local shop and on the way back I saw two joggers running towards me. I blinked and they disappeared into thin air. Nowhere else they could have gone. And shortly after I got home I went for a stroll round the house and then came across this Cordate stone engraving. I have been here since 11/11/2011 – that was the day I moved here – and I can promise you I would have definitely seen it before if it had been there before.

This has happened a fair few times over the last few years. The one incident which blew mine and Jenny’s mind at the same time was when we visited UT in Austin Tx and looking down from the campus the Texas Capitol building suddenly materialised out of thin air. ‘Glitches are memory’.

‘Cordate is an adjective meaning ‘heart-shaped’ and is most typically used for: 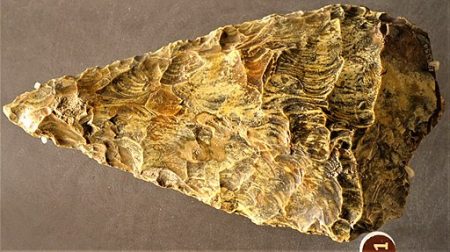 Let The Sunshine In. 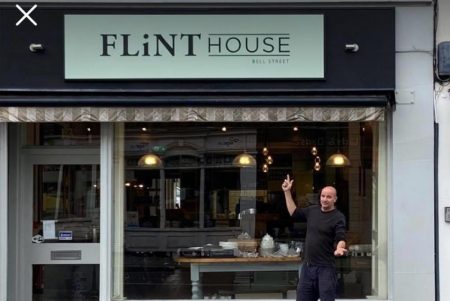 Yabba Dabba Doo. In No Sense is real.

And update to article. A few hours later I came across Event Create Ltd. We’ll see what that means in time I suppose.

I suppose it was inevitable.

Tiers 4 Fears in the UK. 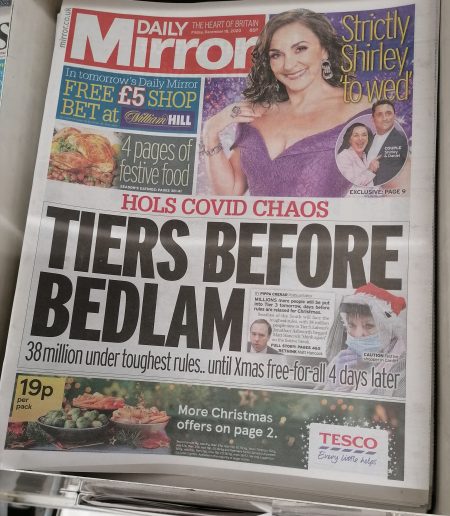 And Limbo possibly as well in the New Year post Brexit. 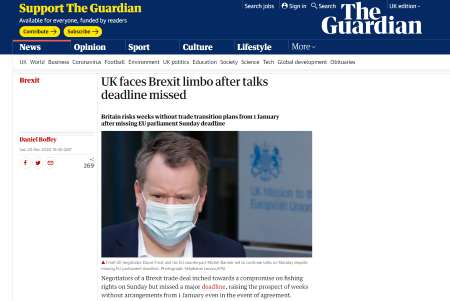 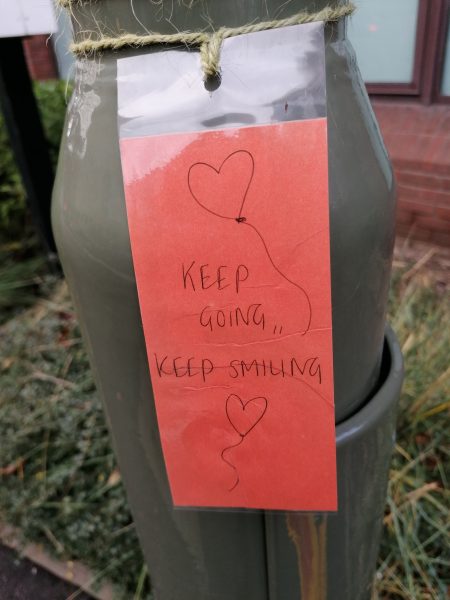 And interesting numerologically. The closest conjunction includes 1234 on 21/12/2020.

‘What is the ‘Solstice Star?

This refers to the “great conjunction” or “appulse” of Jupiter and Saturn, something that occurs every 20 years, but this year it’s very special. On the evening of Monday, December 21, 2020—the exact date of the December solstice—the two gas giants will align from our point of view on Earth and appear to be just 0.1º from each other.

That’s remarkably close and is something that hasn’t happened since the 17th century. The moment of closest conjunction is at 13:24 Universal Time.’

All Thing Must Pass.

And ‘2001 : A Space Odyssey’. In the movie the destination for Discovery is Jupiter and in the book it is Saturn. With Saturn, the moon was Iapetus and with Jupiter it was Io.

Even though 2020 has been an unimaginably extraordinary, extraordinary year following a string of extraordinary years, it has been further confirmation for me that this reality is an unreal thoughtform reality emanating from belief in guilt and fear and hate and the rest of the subconscious illusion of separation from God and All There Is.

And paradoxes. At times I’ve found that as 3D reality dissipates, the more sparkly does the world become.

And ‘The World in Motion Pictures’. Yesterday a very large construction vehicle passed me by with Terranova on the side – New Earth. And again connects with 2001 and the War on Terra following 9 / 11 / 2001. 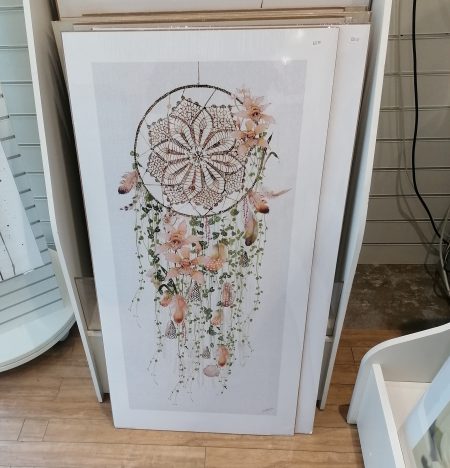 From Spirit Library.com -Reflecting Beauty From That Which Has Been Fractured :

‘We are trying to break free from that which seems frozen in time. We feel like a ‘mother iceberg’ calving for the first time, revealing what has been hidden from sight for far too long.As we look deep into the mirrors of life there are fractures within our heart and thinking and yet within those fractures are beautiful living Rainbows of Love that reflect back our true inner Exquisiteness. These beautiful reflective crystals come to reveal the rainbows within the fractures of self and soul. They come to remind us that we are not Fairy Dust in the Wind. As humans our soul light lives within the fractures of life.’

The moon is sending out some very impressive energy. The pics don’t do it justice. The aura around it was truly awesome. 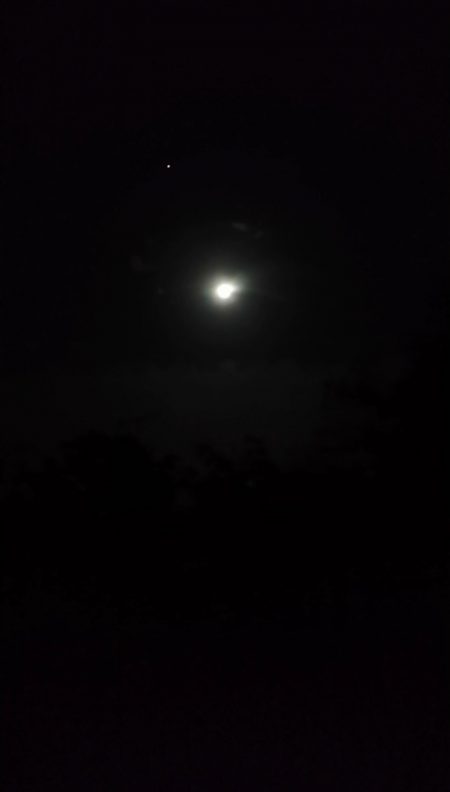 And for those who know about such things. There was another object above the moon slightly to the left of it. Any ideas ? As I was looking at it, even with the naked eye, it was doing something strange as well. 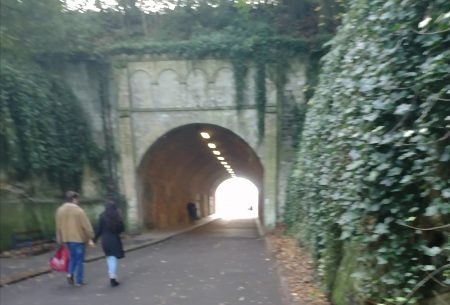 Nor Earth, Nor Boundless Sea.

In the last article ‘Let It Ripple’ I discussed that the Universe was saying that I have been born at least twice and as if in confirmation that There Is More Than One Of Everything, a second River Phoenix has been born. On track.

The baby gender and name is revealed by ‘Gunda’ Director, Viktor Kossakovsky at a screening this weekend. Joaquin Phoenix was unable to attend due to the new birth of his and Rooney’s son, River

And you must be Joaquin. Supposedly for the first few years of his life, the original River Phoenix was known as River Bottom. From Screenrant.com.

And on the Walls of the World.

It’s virtually impossible to tell from our individual life experience but it’s saying to me Time has run both forward and backward in different physical realities. Which is mind boggling to say the least. 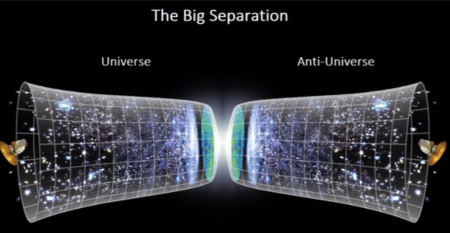 At the beginning of the year, I broke the Humerus bone in my shoulder in a Fall. I eventually managed to go for my cancelled appointment from March at the Fracture Clinic this morning. And very good news. The fracture is very nearly healed and I am now discharged from the Fracture Clinic.

And also Get Naked. For luck I wore a hoodie and t shirt with Texas as a logo on both of them to the hospital but when I went into X Ray dept I took off the hoodie which I expected. And then the nurse looked at the Texas logo on the t shirt and said that its reflection may effect the machine and asked me to take it off. So I had my X Ray bare chested which didn’t happen with any of my other X Rays.

Here is today’s X Ray pic of the discharged Humerus. I find them fascinating. 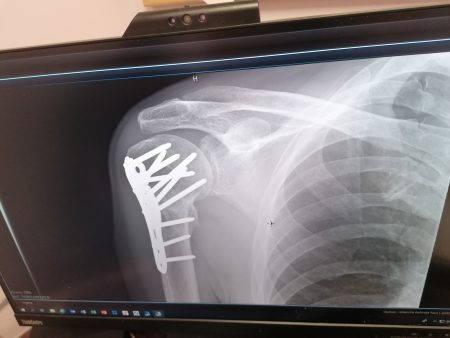 From a few days ago.

It truly feels like walking in Dreamland at present. 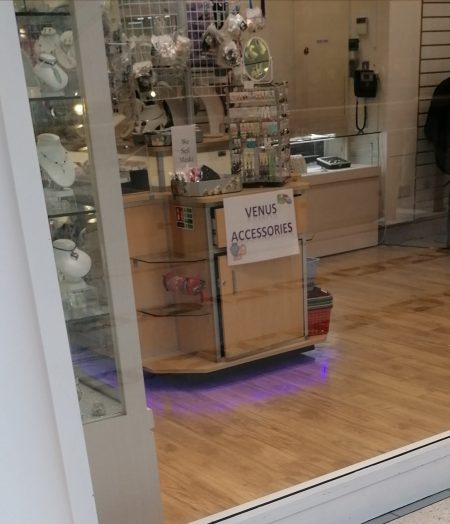 Corona Lies. From a man giving out leaflets in the precinct. 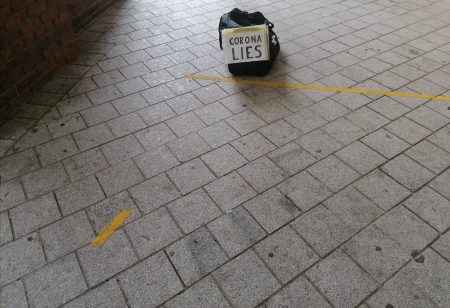 In the Kingdom of the Wacky. And the Crown.

Believe It Or Not.

In the Mindlines, it’s the Last Chance Saloon.

Do Ya Feel Lucky ? 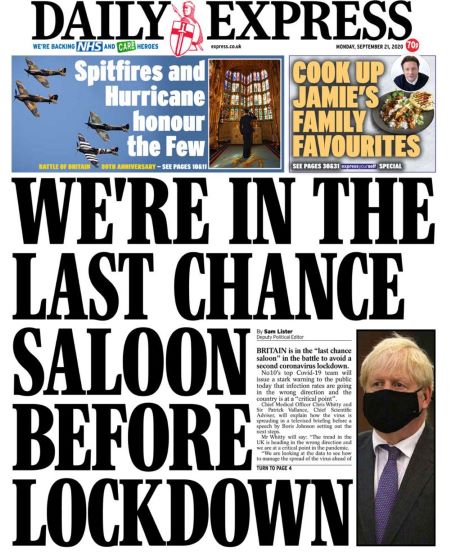 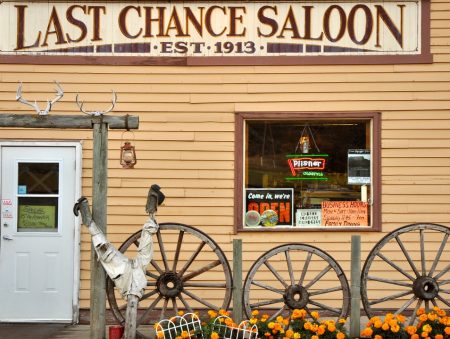 ‘Sparking Panic’. When I first saw the article I read the headline as ‘Sparkling Panic’.

Epstein and the Lolita Express and the little black book.

‘Let all the poisons that lurk in the mud, hatch out.’

And ‘Keep Watching The Skies’. From Jenny. It’s crazy up there at times at present. It’s Another Planet or something. 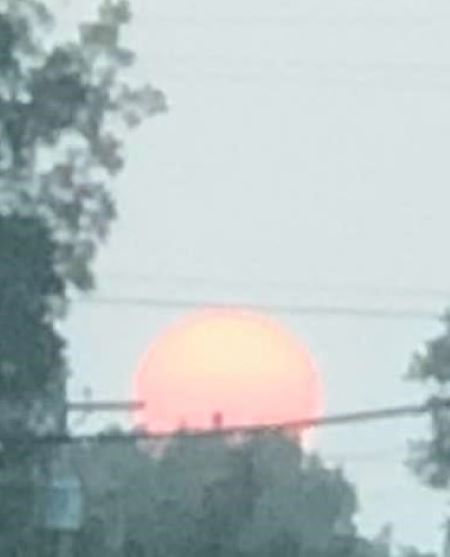 It’s all In No Sense.

In the mirror or something. God knows.

It was assumed that the first signs of alien Life on another planet would probably be Life on Mars. It is possible and hasn’t been fully confirmed yet but there could be Life On Venus in the Cloud. 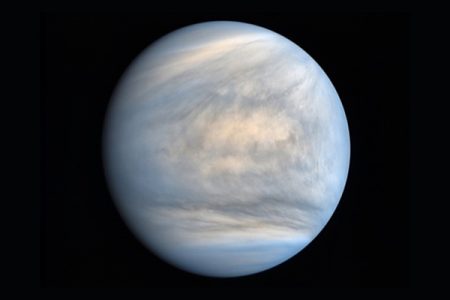 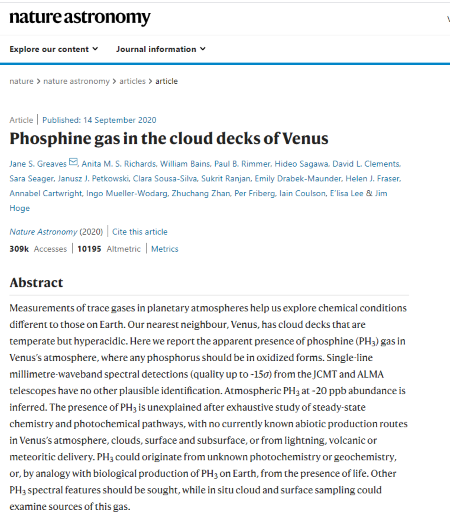 ‘A team of astronomers has spotted a gas called phosphine in Venus’s clouds. This isn’t the first time we have seen phosphine on a planet – it’s produced on Earth in industrial processes and by microbes, and at crushing pressures and high temperatures deep inside giant planets like Jupiter – but the strange thing is that there shouldn’t be any on Venus. As David Grinspoon at the Planetary Science Institute in Arizona told me when I was covering this discovery for New Scientist: “It doesn’t belong there.”

That’s because any phosphine on Venus should be destroyed within 1000 years of its production by the harsh environment, meaning it must be being continuously made. But the researchers couldn’t find any way to produce anywhere near as much phosphine as they detected on the planet.

Right now, it appears that the only way we can explain all that phosphine is life. That doesn’t mean that we won’t find another explanation – it could just be weird chemistry that we don’t yet understand – but it’s a promising sign.’

‘Did We Just Detect Life On Venus ?’

‘In ‘Annihilation’ it was the alien wot done it and I’m going out on a limb here and say that I think that sometime soon we will have alien contact but I believe it will be different to how we imagine. Not sure how it will show itself. What I’ve picked up is that ET is actually multi dimensional ‘Us’. It’s all us.’ 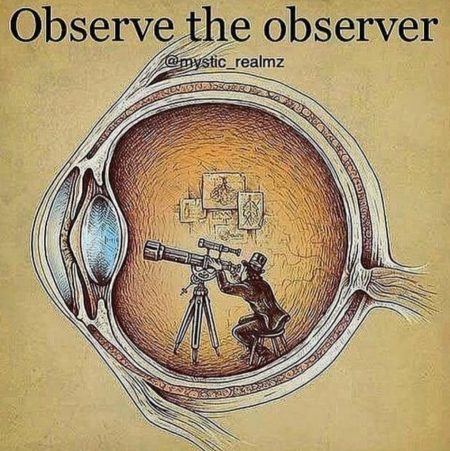 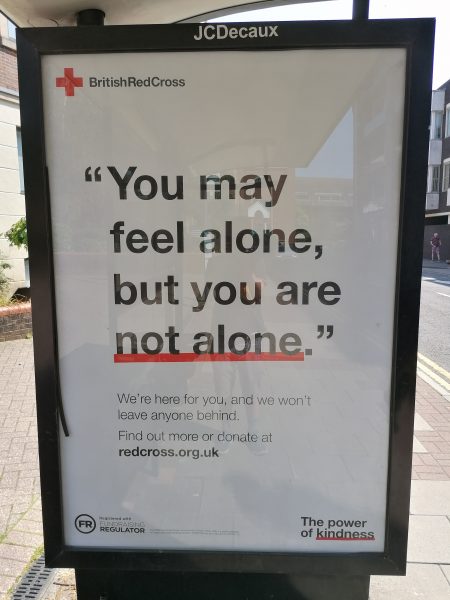 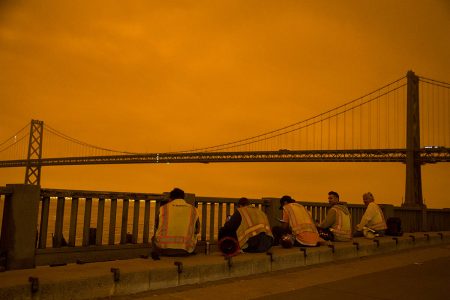 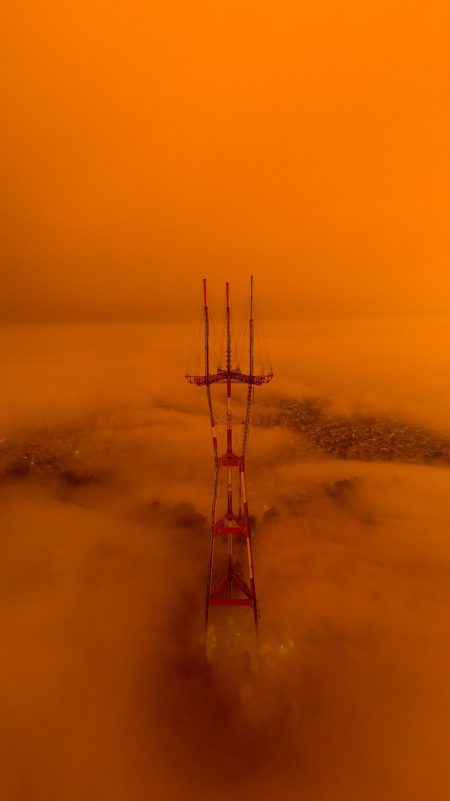 Life is extraordinarily strange at present. As an example, yesterday, I got chatting to a lady about her dog and I asked the dog’s name and was told it was Boo.

Me and You and a Dog named Boo.

According to the New Scientist, there is a flaw at the heart of reality.

And there is more than one of everything. Today is the 19th anniversary of the Twin Towers on 911 in 2001. I experienced 911 on a Monday when officially it was meant to have taken place on a Tuesday.

And playing with ideas. Maybe there was just one tower but it collapsed in two different dimensions or realities but to keep the illusion of purely one reality the Mind creates a reality where there are two towers. 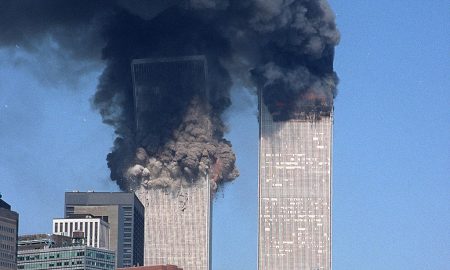 ‘Where am I. Who Are You ?’ Sound familiar. From Fringe: ‘There’s More Than One Of Everything’.

I liked these lines from Shanta Gabriel in an article titled ‘Weathering The Storms Of Life’ :

‘Feeling disconcerted in this human time of multi dimensionality has become the new normal. It is only confusing when you are trying to understand and figure out what is transpiring. Allow yourself to BE…Be confused, Be out of alignment, BE out of your comfort zones, Be willing to just let it BE. That momentum of Allowing opens the portals to a new expanded perception.’

And the Whales are calling. Seriously.