The worst is still to come in the Amazon. 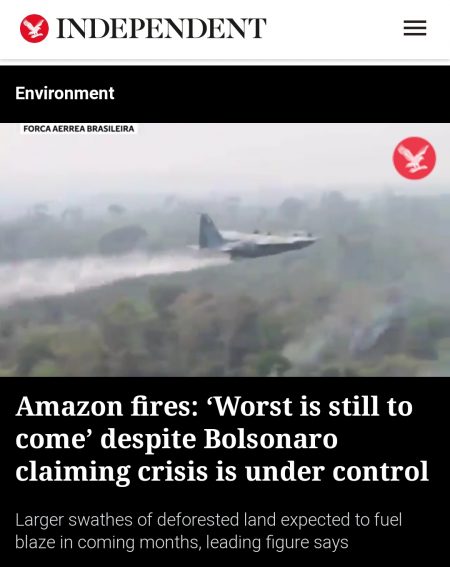 “What we are experiencing is a real crisis, which can turn into a tragedy announced with fires much larger than the current ones if not stopped immediately,” said Mr Azevedo, first director general of the National Forest Service and founder of Brazil’s leading environmental certification institution, Imaflora.” 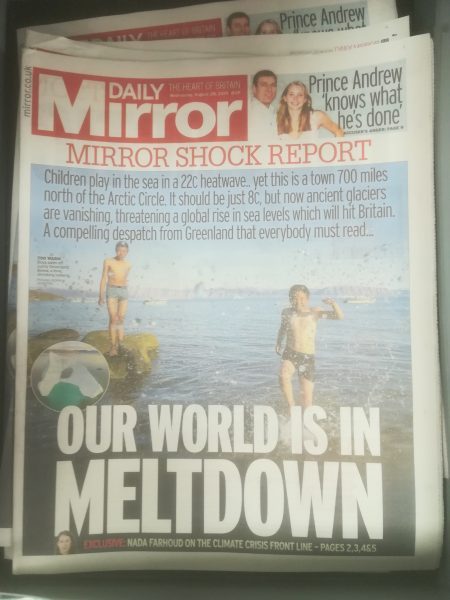 And now the Prorogue. Which means that the UK Parliament is suspended a few days more than usual so that Brexit can be completed by 31st October. 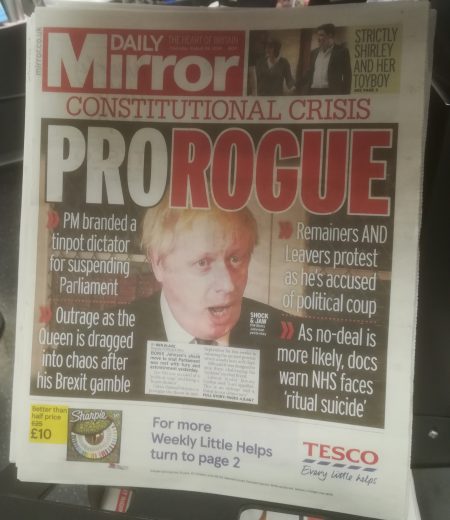 But in this case there are only a short number of parliamentary days left until we are set to leave the EU, and some MPs had expected to use that time to scrutinise or amend the new government’s Brexit policy. They have so far had no parliamentary time to scrutinise Mr Johnson’s new Brexit policy, which includes an intention to leave the EU on 31 October “come what may”—meaning an increased likelihood of a no deal Brexit.

The Institute for Government writes: “Parliament has not been prorogued by a government as a means of circumventing parliamentary opposition to government policy since 1948”.

And now the Prologue. Which will probably only mean something to viewers of British TV comedy of a certain vintage. 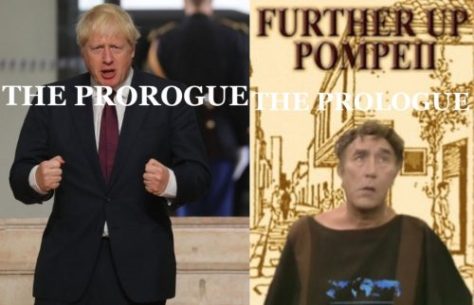 I hope this is taken in the spirit it is intended. I mean no harm by it and a further example of the ‘weirdness’.

The Die Is Cast. 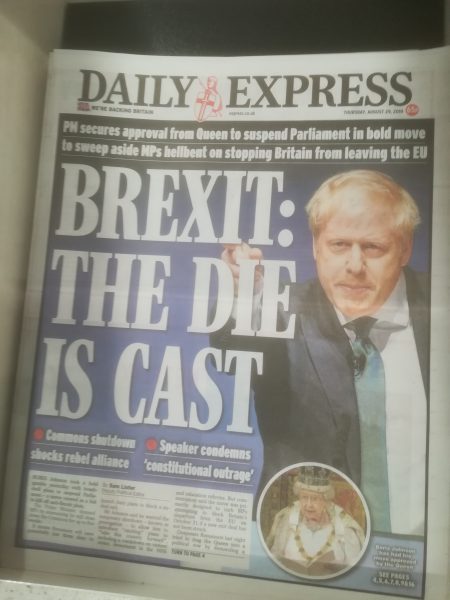 ‘The expression cross the Rubicon refers to a decision made by Julius Caesar. In 49 B.C., Julius Caesar was the governor of Gaul, which meant he had to give up his power in Rome. … When crossing the Rubicon, Caesar famously uttered, “The die is cast,” as he knew where this decision would inevitably take him.’ 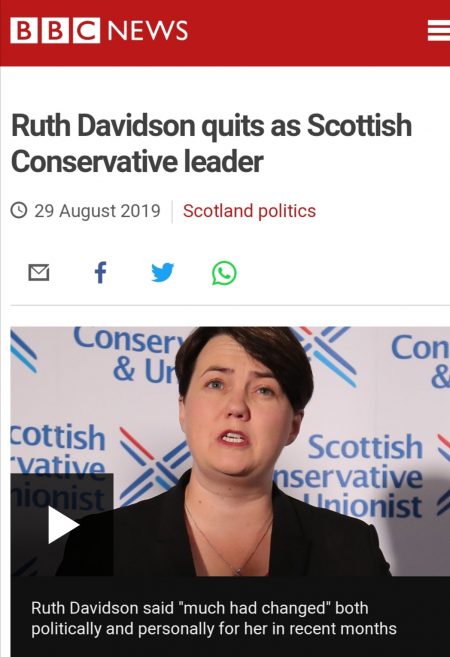 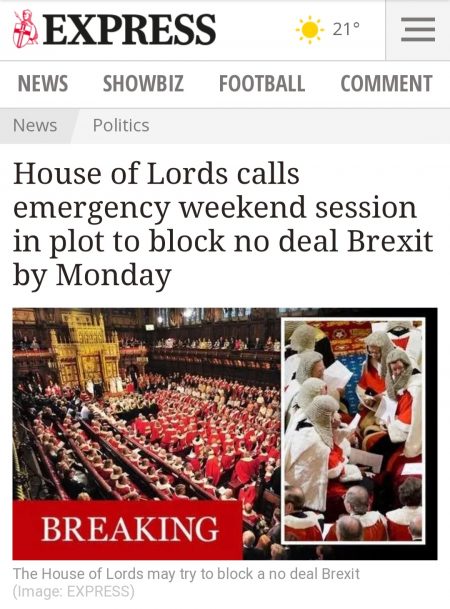 Making a Deal with God.

I suspect it will be a No Deal Brexit. God doesn’t make bargains.

87 thoughts on “Now The Prorogue”