The Doomsday Clock is frozen at 11:58. It’s still two minutes to the Apocalypse.

And the Four Horsemen of the Apocalypse in the Sun Trust Bank in the State of Sunshine.

Gear Up For No Deal Brexit.

The ‘Extreme Light Infrastructure’ is turned on.

The Space Between Us. 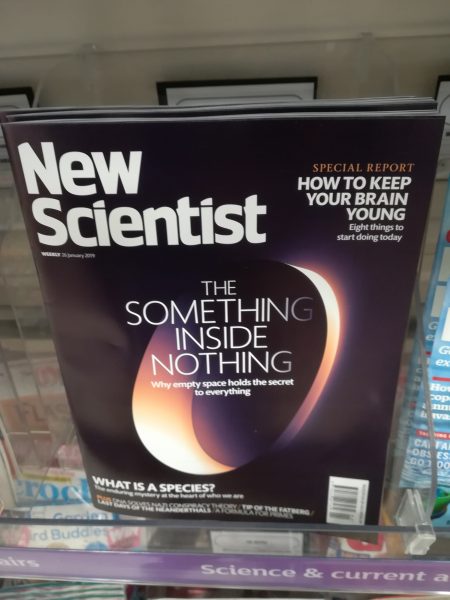 It’s time to rip nothingness apart and see what is inside.

‘To expose virtual particles, to transform them into something tangible, takes one serious laser. But that is exactly what physicists are putting the finishing touches to in Romania. Switched on for the first time a few months ago, this machine could not only reveal the truth about empty space, but also teach us about another big mystery: dark energy, the unknown entity accelerating the expansion of the cosmos. It is time to rip nothingness apart and see what is inside.’

‘The Extreme Light Infrastructure (ELI) is a new Research Infrastructure (RI) of pan-European interest and part of the European ESFRI Roadmap. It is a laser facility that aims to host the most intense beamline system worldwide, develop new interdisciplinary research opportunities with light from these lasers and secondary radiation derived from them, and make them available to an international scientific user community. It will be the world’s biggest and first international user facility in beamline and laser research.’

It came out of a clear blue sky.